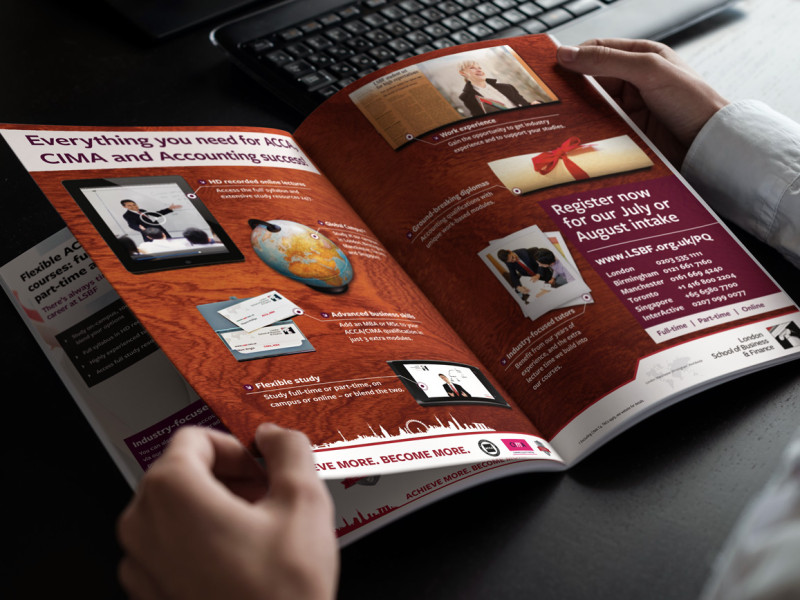 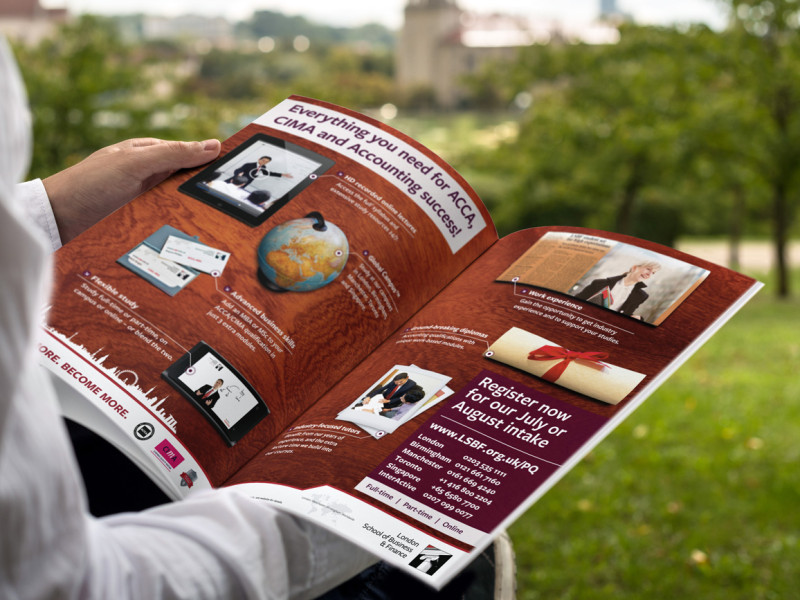 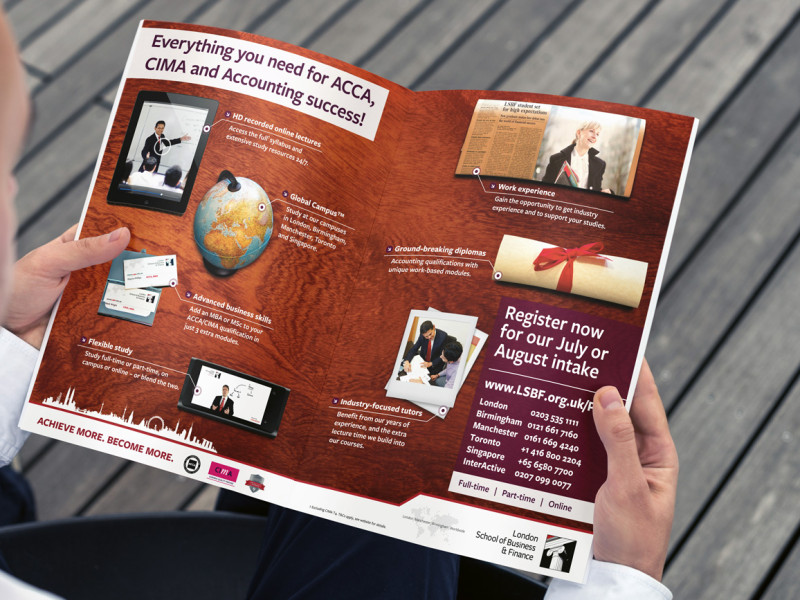 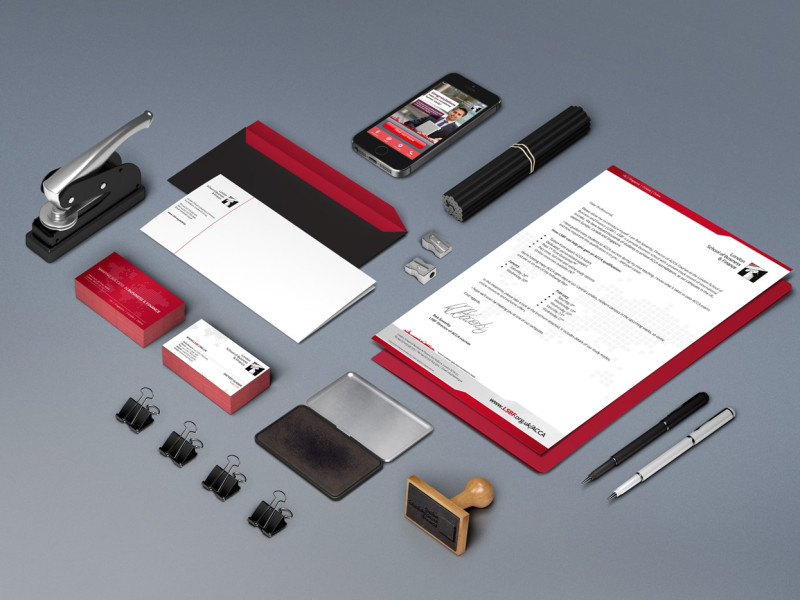 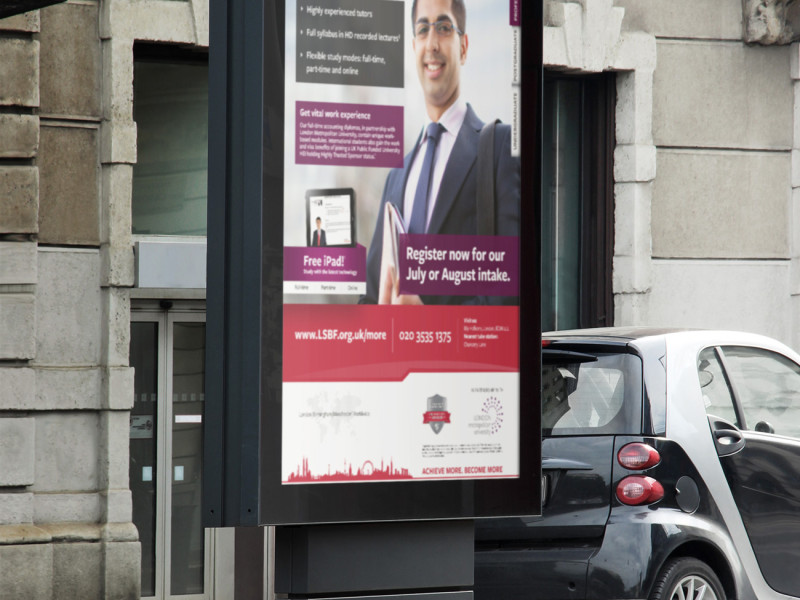 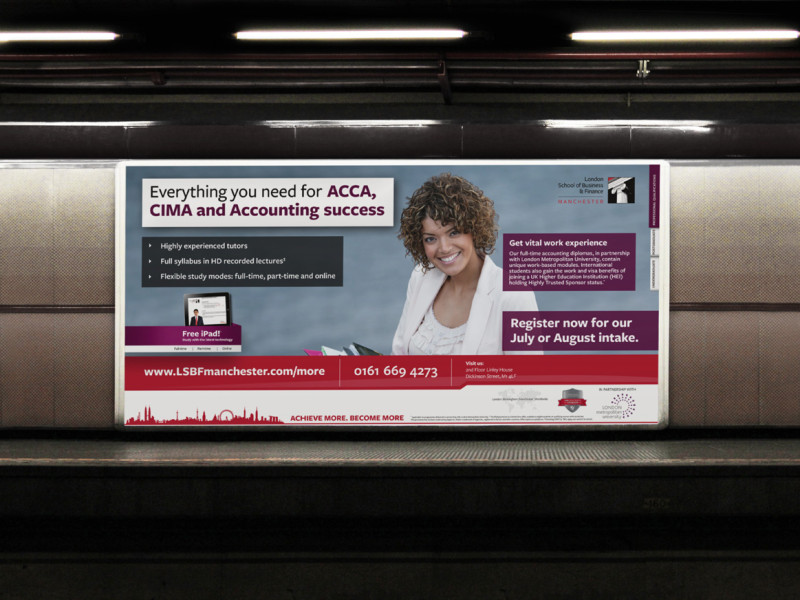 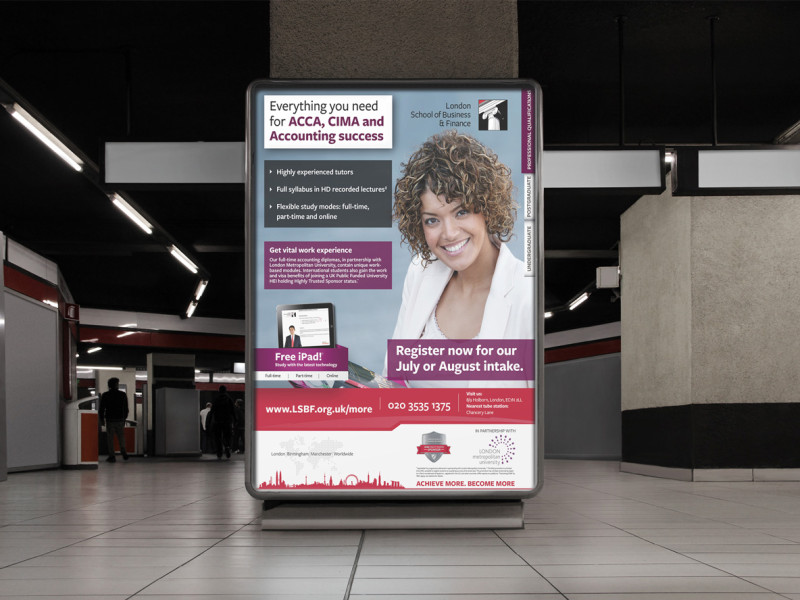 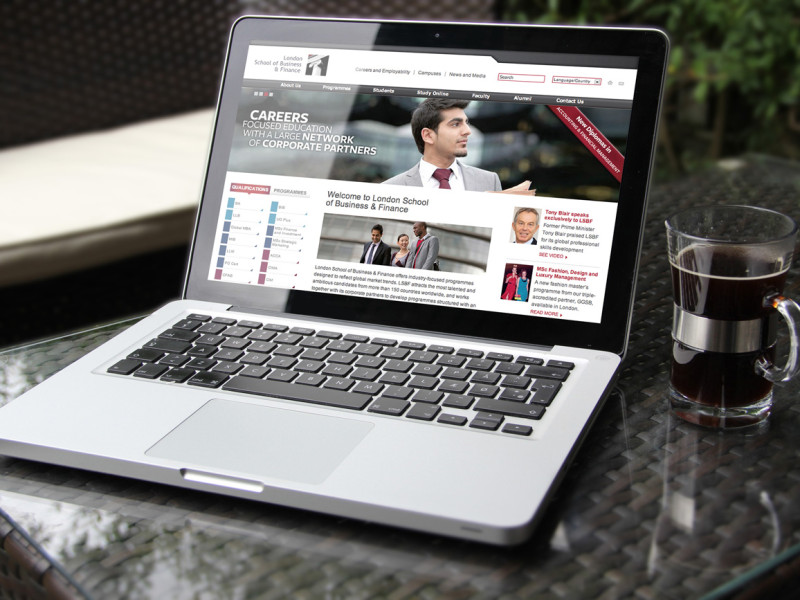 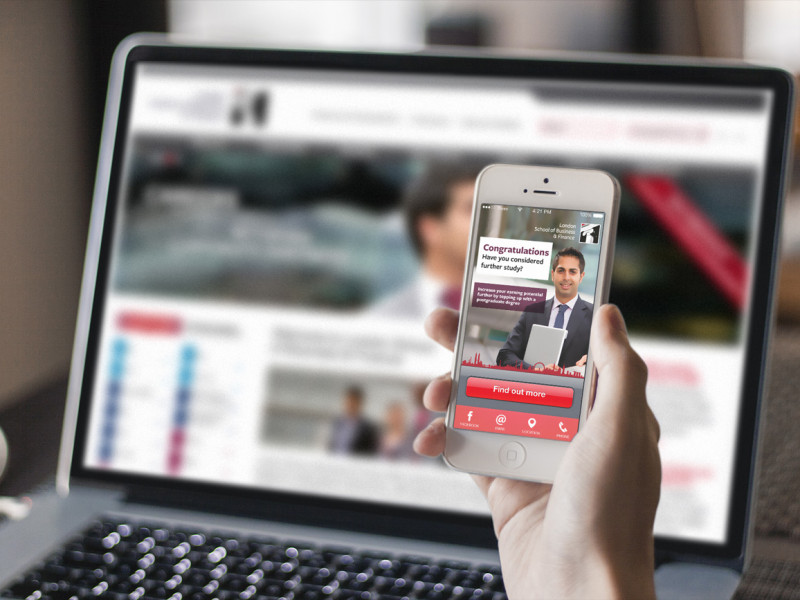 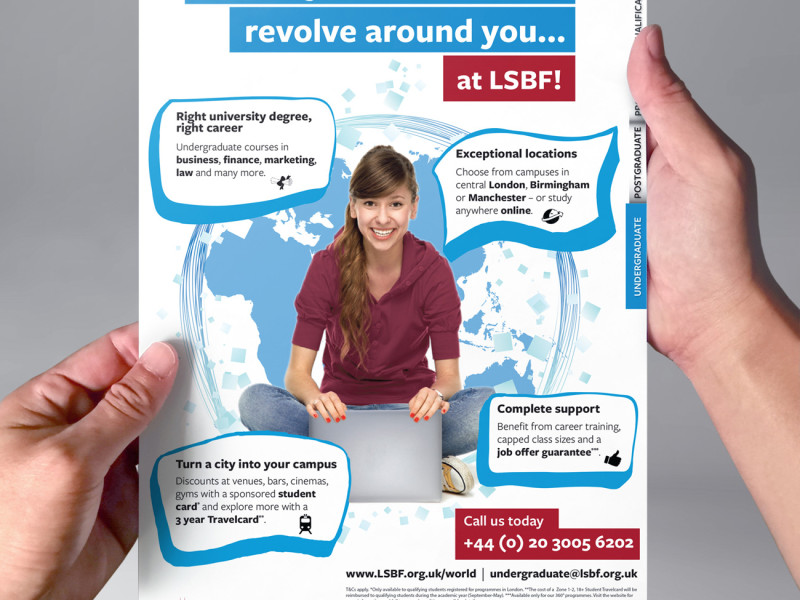 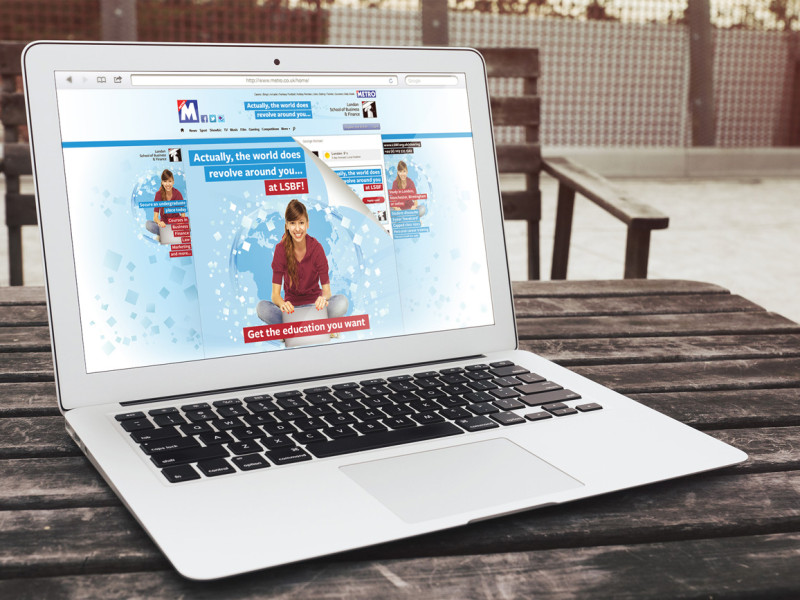 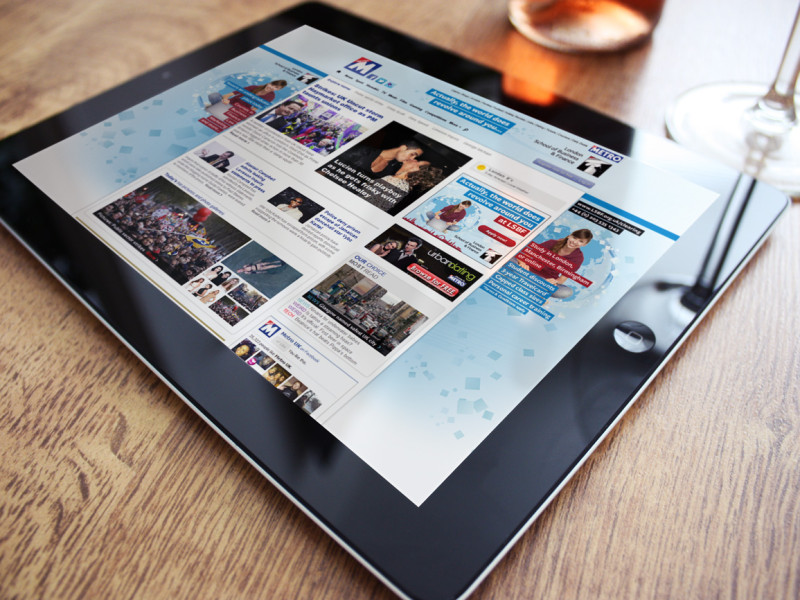 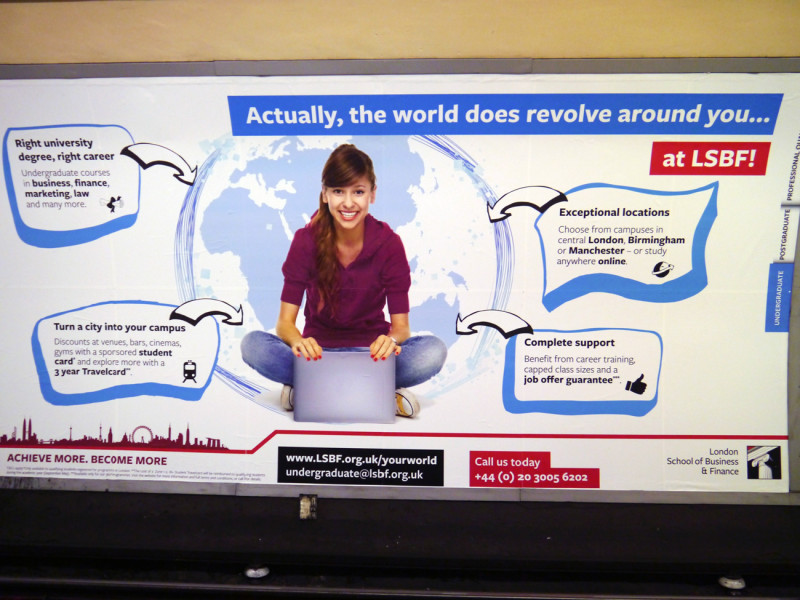 Each year the London School of Business & Finance (LSBF) undergo an extensive marketing and promotional campaign during the summer period to be inline with the university clearing intake period.

For both areas of business, the Professional and Undergraduate programmes underwent stages of visual concept development until approval was agreed amongst the key stakeholders and senior management teams.

On agreement, both the Professional and Undergraduate business areas visual styles rolled through into the various marketing and promotional collateral, ensuring that there was consistency throughout the process while being aware of the various format requirements.

For the Undergraduate campaign we took a novel approach to online activities was offered. With using London’s freemium Metro newspaper, LSBF featured on its online site a home page takeover advertisement, consisting of a page peel, background wrap, 2 x MPU’s with an expandable bellyband area which ran for 18 hours of the clearing opening day in August 2012. This digital format alone took in 61,621 impressions, 360 clicks with a 0.58% click-through rate average.

In both Professional and Undergraduate visual solutions, they resulted in being a great achievement in raising the profile of LSBF and gaining student attention through a busy clearing period.