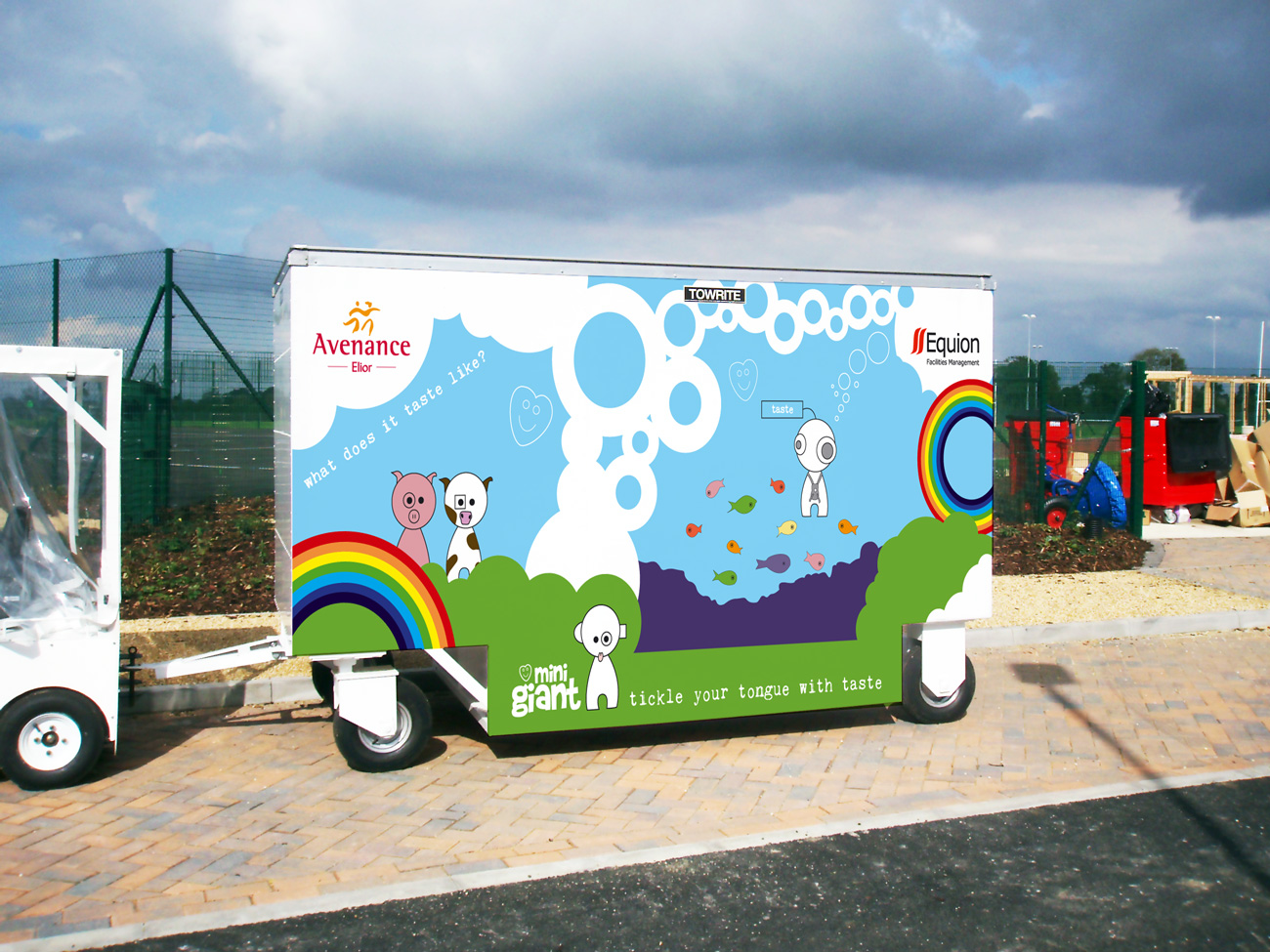 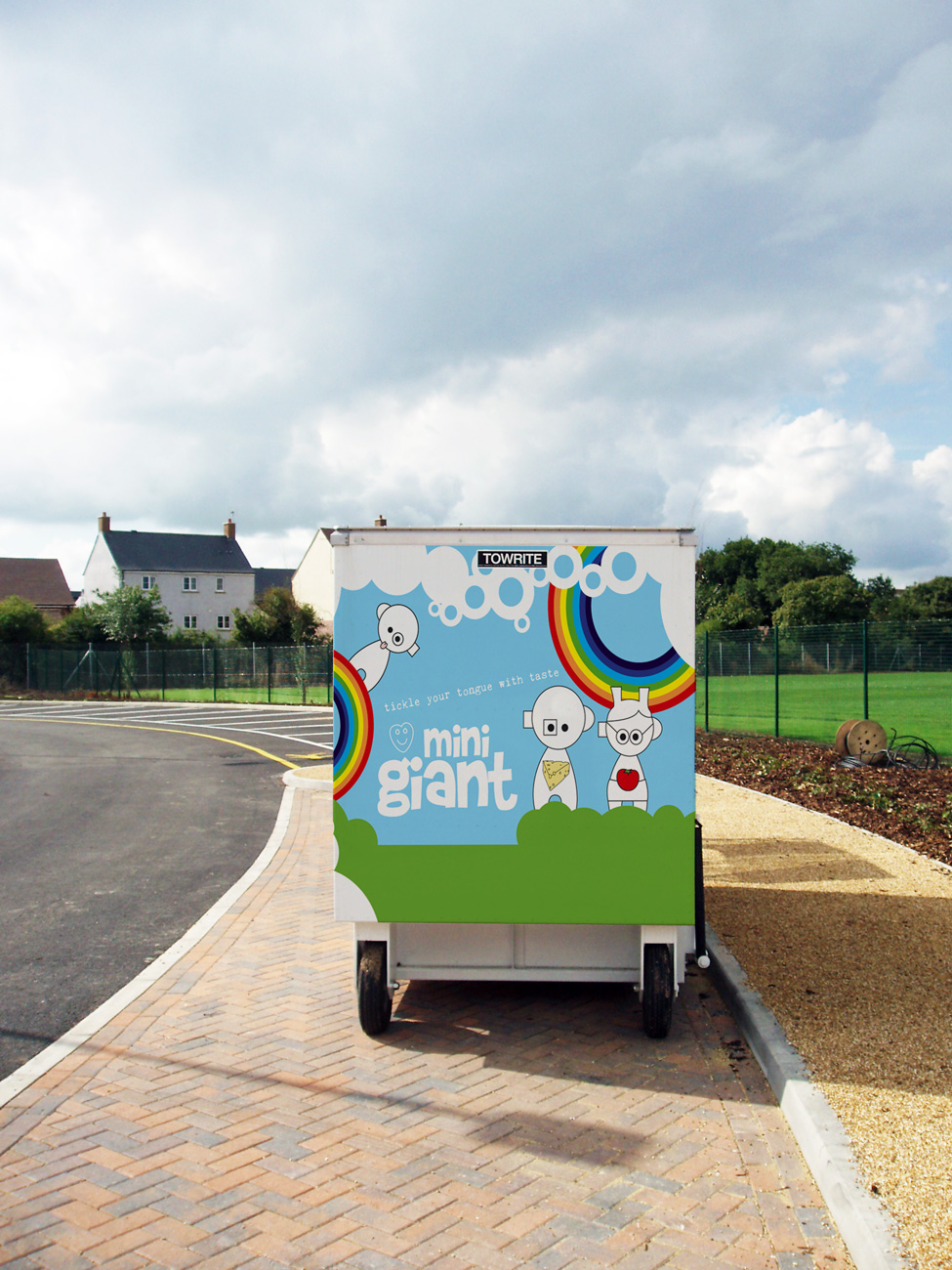 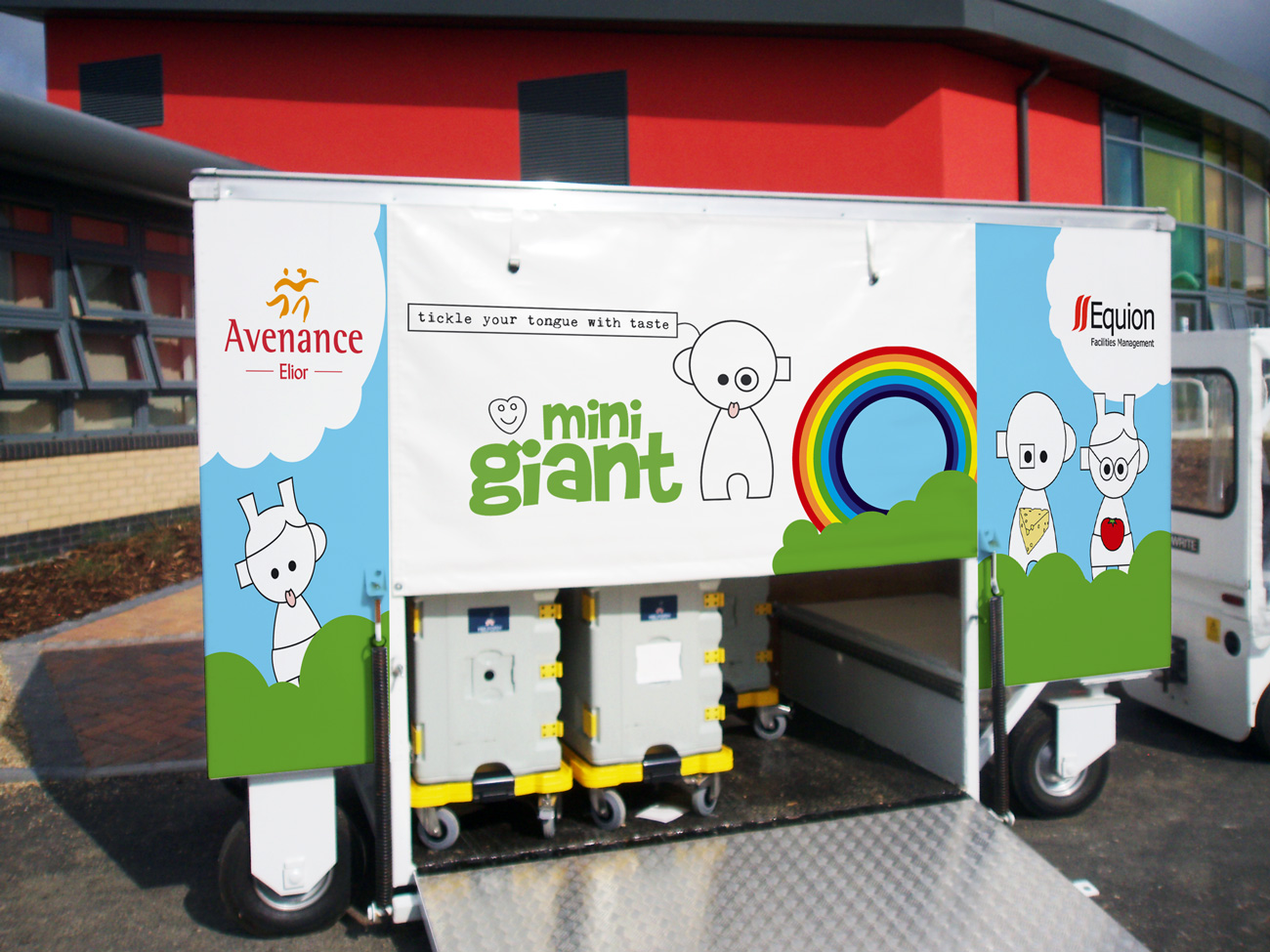 Under Swindon Borough Council, Elior retained the contract for tender for delivering catering services for several primary schools in the area for an additional five years.

In the tender proposal, the idea of facilitating a mobile food service amongst all Swindon borough schools was offered by Elior, while also giving children fun and engaging lessons on healthy eating through a dedicated team of chefs and catering staff hosting live cooking sessions on the move at the schools.

Being solely tasked to implement the visual identity for this project, with input and information provided from the Elior’s company dietician to follow various guidelines, the idea of ‘Mini Giant’ came into being, commencing with the branding and signage to be used for the mobile food trailer that was to visit the schools.

The overall image had to be fun, simple, eye-catching and bold in colours. In taking an illustrative approach to visuals, having individual abstracted characters created under the Mini Giant brand, this offered the ability for children to identify easily with the brand and actively partake in the lessons towards healthy eating.

Since completing this project, and departing from Elior, this brand identity remains to exist and is now extended to other educational sites within Elior’s portfolio of contract catering sites.