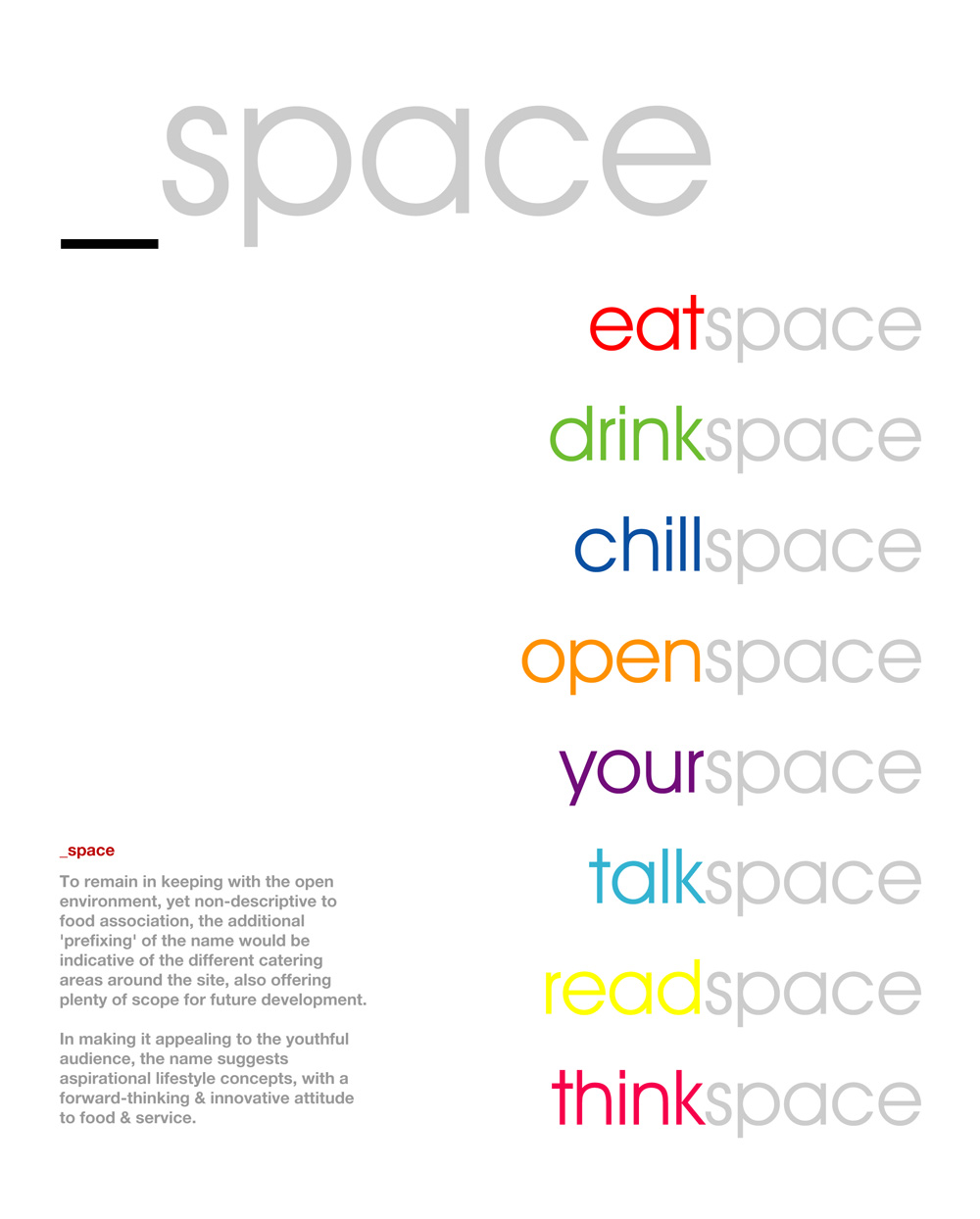 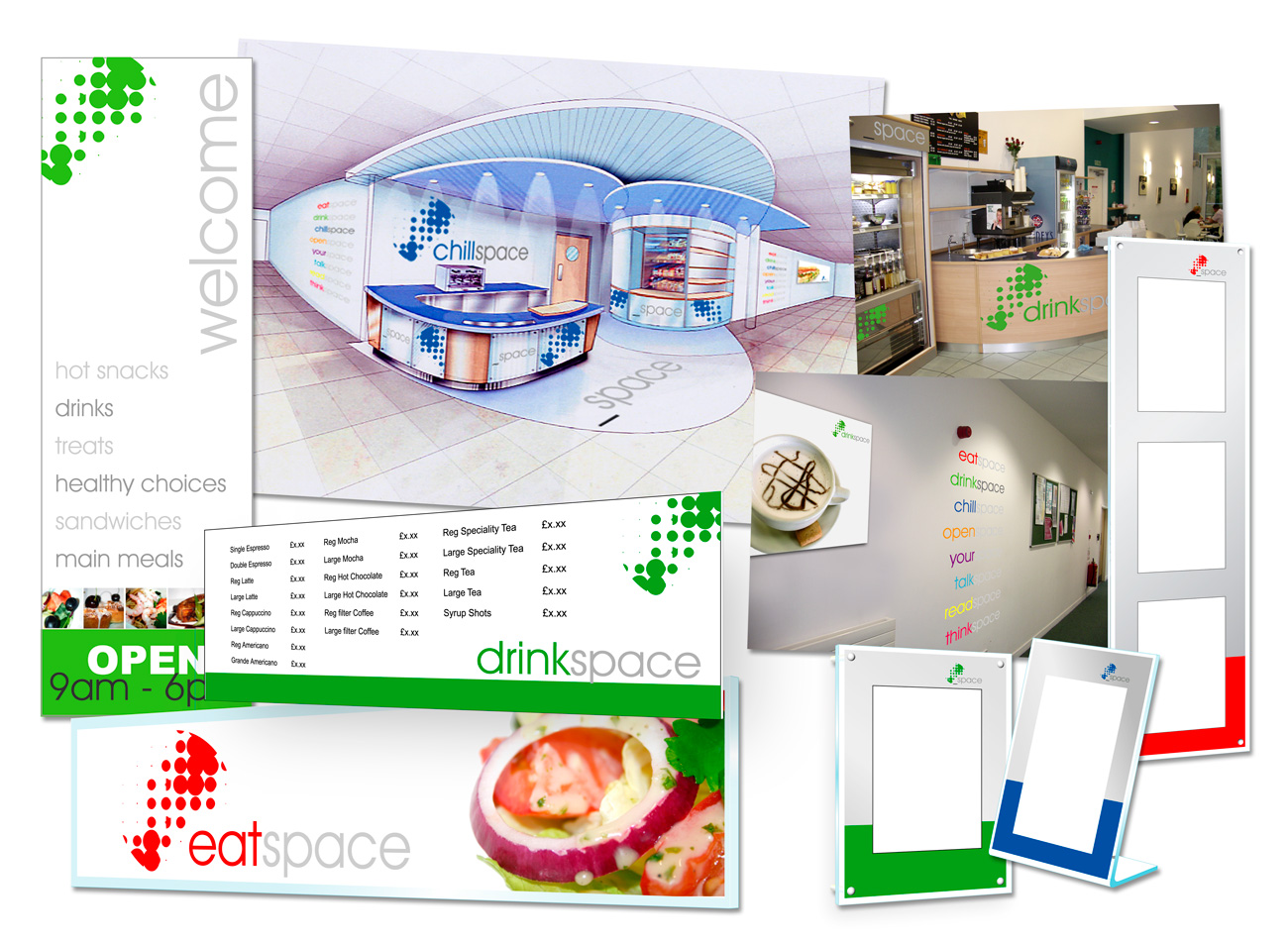 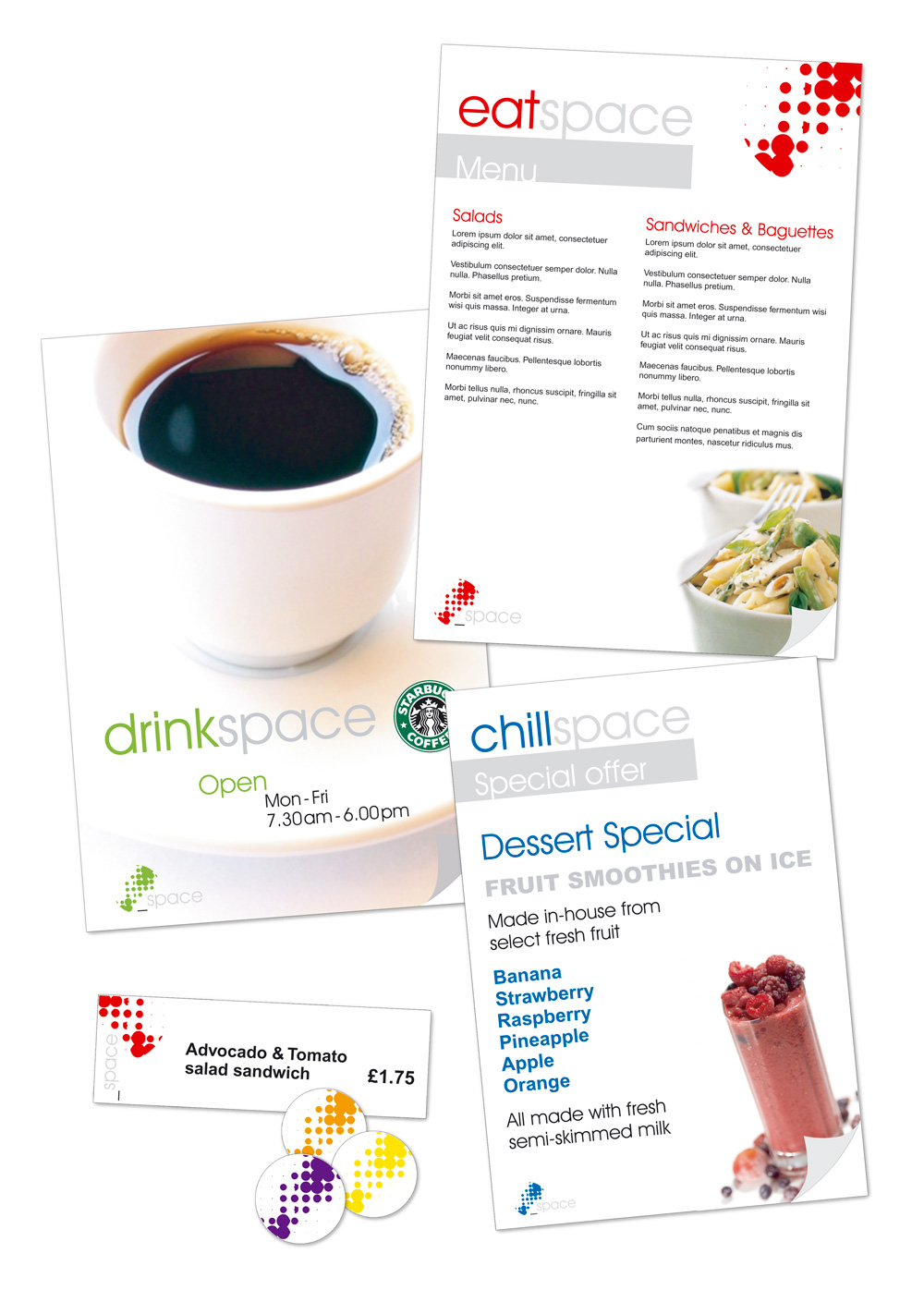 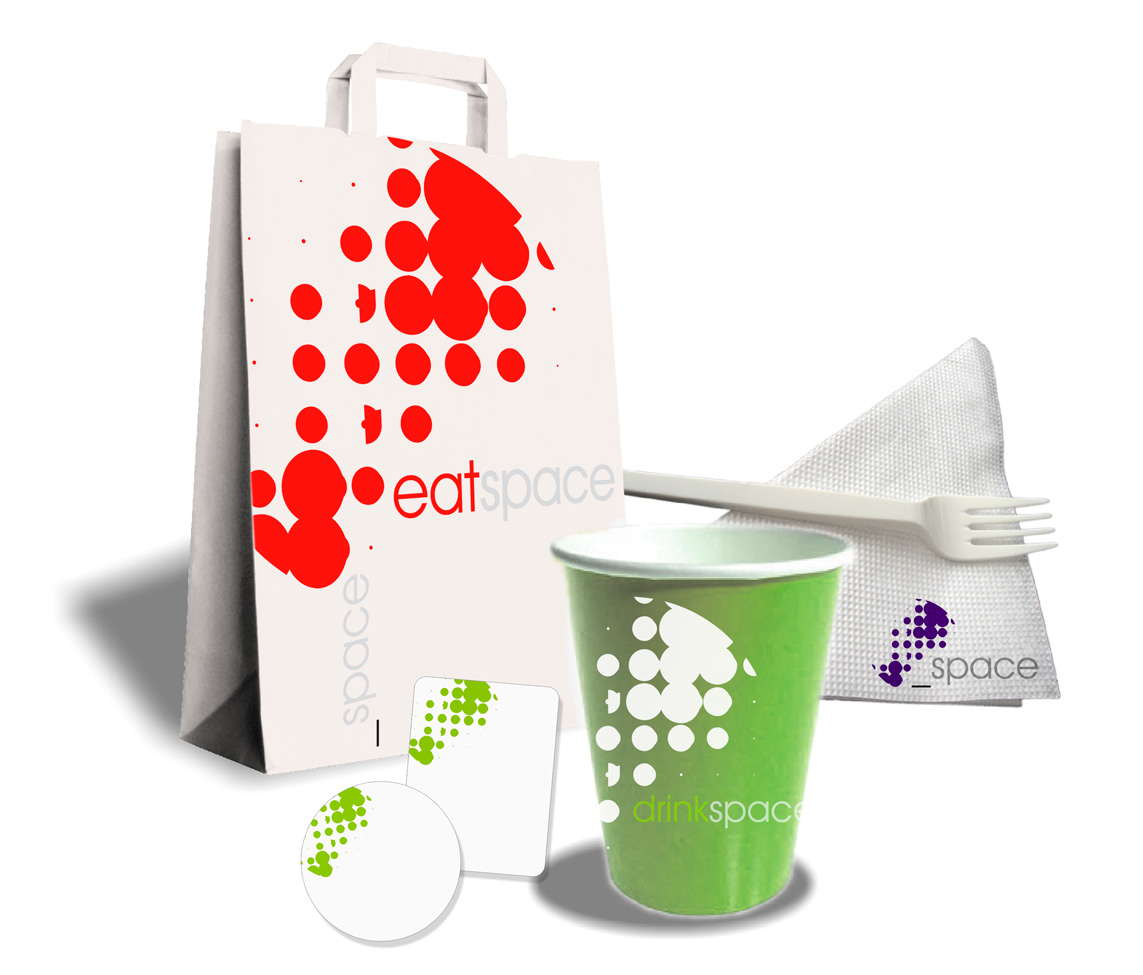 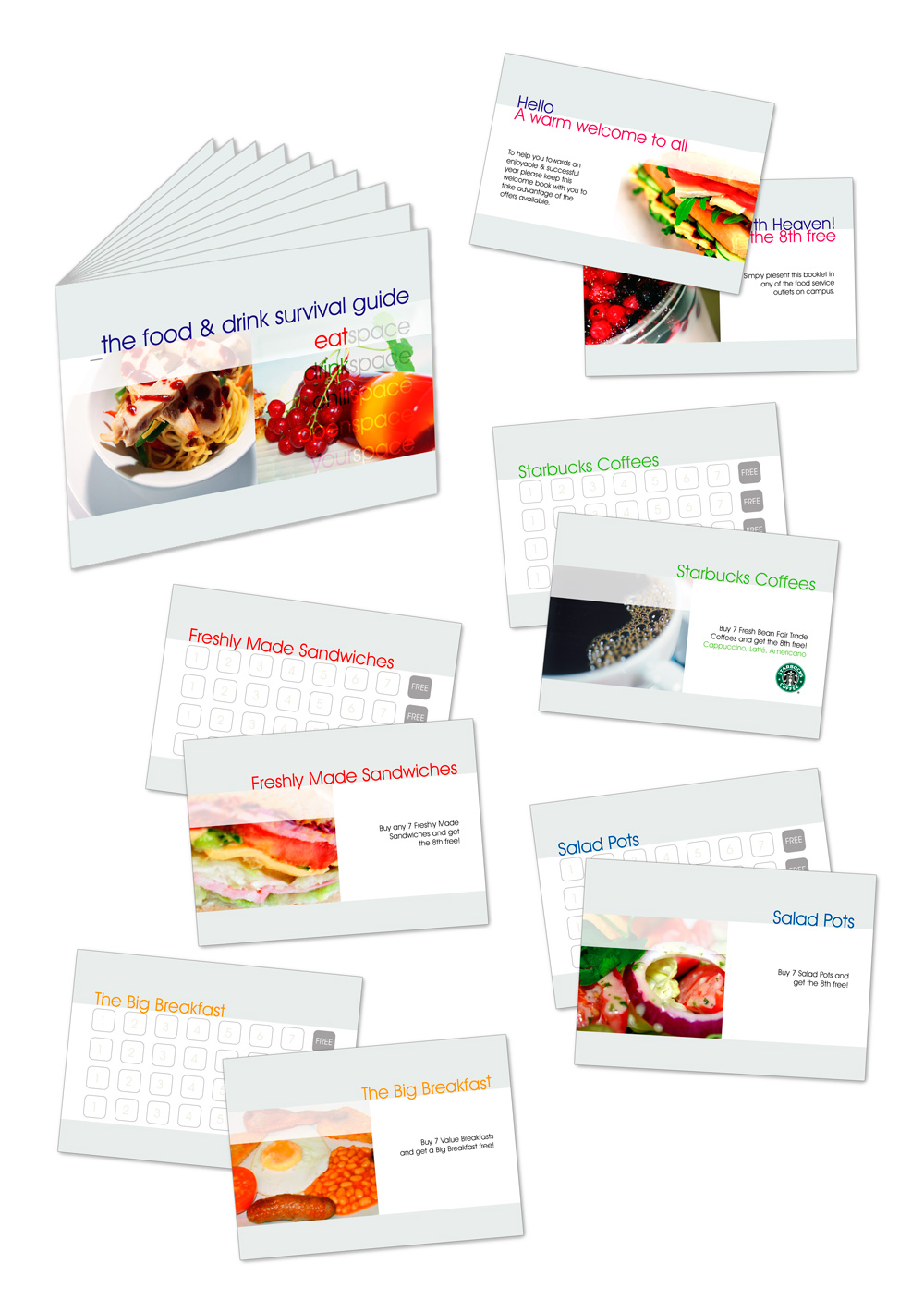 While at Elior, the project came into being as a new brand identity and promotional activity to be implemented within the catering facilities at this site. The project had started from a blank canvas for this new site build at that time.

Thinking along the lines of science and technology, while being forward thinking at the same time for the future of this theme, I solely devised the visual concept and identity ‘_Space’.

The concept had to be cohesive yet multi-functional to adapt within the numerous catering areas on site, while allowing the future expansion of the brand into additional new facility areas on-site in future.

Since devising the concept and producing the visuals towards the client’s sign-off on the project and departing from Elior shortly thereafter, this project was fully implemented and integrated on-site.